So, no harm done because I will never burn money for an already outdated tabor hardware just to receive an os update.

And wrt the delayed os4 update...they could still save a good number of fans and people in the community base from leaving IF they release the update SOON (within the next two years) but that won't happen either, so I don't really care anymore.

You don't need to produce any video in any format.
It would be best if you already had an audio file (any format) that displays this behaviour and just temporarily upload it somewhere for testing.
People are dying.
Entire ecosystems are collapsing.
We are in the beginning of a mass extinction.
And all you can talk about is money and fairytales of eternal economic growth.
How dare you!
– Greta Thunberg
Top

). I represent nobody but myself and just state the facts as I know them. If I have any agenda here, it is to try to avoid future chaos in the area where from time to time I try to help people in the forums.


I was afraid of hearing comments like that... My suggestion was indeed an 'emergency one', if there is no other choise! And if you are using the lisenced software only in ONE machine, even if it not the same it was originally bundled, it would be hypocrite to condem such use. And if one would even resell the Tabor hardware there would not be any possibility to use the software in two machines simultaneously!

The terms, AFAIK, also say that you cannot use a release in any machine for which it is not intended. Which I assume is - partly, of course - also to avoid the chaos mentioned above. (Another part of the reason is of course to earn money for each possible sale.)


Second, you would be completely on our own, nobody here would be able to help you out if you start mixing different parts of different OS updates for different machines. And you would most likely be needing help very soon if you tried. Not least for the Tabor, many modules are quite different from those for other architectures.

I fully understand that, I'm not a complete idiot... (BTW, there are also many problemes with which nobody here can help you, even if you use the original OS/HW bundle!)


But as already said, this idea was considering situation where there is NO OTHER CHOiSE available.

So, if no other choice is available, you would also consider murder? And yes, I know this is an exaggeration. But then tell me where you draw the line?


Anyway, my best guess would be that once a Tabor version of OS4 is ready for release, the same level would be released for the other platforms as well (not necessarily for free, but still).

There is NO quarantee that will ever happen, or it may still take several years, even a decade! Hyperion or A-Eon has not given any promise for such updates, and Hyperion may well be in bankrupt before that would happen. Then there wouldn't be any official update path available....

That is not necessarily true. We have seen the codebase survive bankruptcies before. A lot of people are giving their time to move the OS forward (a few are sometimes paid to do it), so there will always be a force to move things towards a release of all their work. I'm guessing a good way to keep such a force strong is to respect that effort and not just panic and try to build your own makeshift solution out of driftwood.

But no, there is no guarantee. But we try ... (in this case "we" could be anyone who still works on improving OS4, in my case by betatesting and translation. I don't presume to speak for others.)


Well, I have already tested in my machine plenty of different formats, including MP3 and WAV but have not found a single one which would have given clear 's' sound. But due to copyright reasons (!) I cannot make them all publicly available.

In that case, your best move might be to find or create a file with one of the formats in question which you can distribute, and which shows the problem on your system, so we can test it on other systems and compare.

- A-Eon gets the full payment for it's product
- Hyperion gets the payment for the OS licence (via A-Eon)
- The user gets some software components he had been waiting (there are quite of many of them which are general, not model specific)

I think the benefit for the user is the smallest, compared to the price he has to pay. If you want to see something reproachful in all that... Well, then you just do. I'm quite sure the companies involved would not refuse to sell, even if they would know the unusual motivation of the user! (Would you, Trevor, if you read this...?-)

Sure, it would be a nice thing for a user to buy a Tabor with the OS - benefit for all. But then you mentioned reselling the hardware?


But beta testers also get the updates as soon as they are compiled.

Yes. With all the initial bugs and incompatibilities etc., until we have done our work and found them, documented them, reported them, and some developer has had time to address them ... rinse, repeat, etc.

. Then we finally have the joy of using the new additions/fixes/updates ahead of the rest of you, unless/until the next bug rears its head.


And as for testers are accepted only a small number of persons (I once tried but did not get any answer from the coordinator, even if Trevor's attitude to my demand was positive), you are a somewhat 'privileged class'. You are doing great work, but please do not forget that endusers have no other choise than try to find workarounds if the updates are kept secret for an unreasonably long time.

I totally understand and agree with your frustration in this regard. I would love nothing¹ more than finally seeing all the fixes and updates released.

If i recall correct its a GT but works great!

Got my card. Just like the one in the picture you linked to above. Picks up the Mic and plays the sound through the system. But I've tried playing wav and aiff files through the card and get no sound. The only other sound I can get through it is the test beeps from Prefs. Thoughts on the prefs settings? I've tried 16 bit HIFI, 32 bit stereo and unit 0. So far no go.

BTW, I looked up the CMI card I had in 'til now. The bridge chip is an Asmedia 1085. Definitely a revision one according to the Asmedia website. That card -oddly- played a .mov video file with sound quite well! 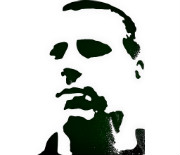 Here is how my Sound prefs show the card Thanks, Skateman. Trixie nailed it. I've forgotten an aweful lot about the Amiga. Thanks for your comprehensive reply.

Great to hear the card works like it should.
Enjoy the great sound it produces

Paul Zager wrote: ↑Tue Aug 04, 2020 9:48 pm Thanks, Skateman. Trixie nailed it. I've forgotten an aweful lot about the Amiga. Thanks for your comprehensive reply.

edit: I just tried playing Roland's linked video on page 2 of this thread, and it went well with this Envy 24 card.