all ng users with pcie have a radeon n board why not use the radeon internal audio board ? another good thing only hdmi cable and less cable on the desk

This is one of the projects in front of me. There are a few.

Sometimes we just have to wait for what we are able to do to catch up with what we want to do.
Thanks for your patience.
Top

LyleHaze wrote:This is one of the projects in front of me. There are a few.

Sometimes we just have to wait for what we are able to do to catch up with what we want to do.
Thanks for your patience.

Are you kidding mate .. we are amigans we are full of patience 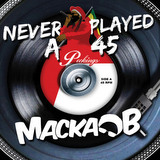 LyleHaze wrote:This is one of the projects in front of me. There are a few.

Sometimes we just have to wait for what we are able to do to catch up with what we want to do.
Thanks for your patience.

Thanks Lyle. This will be highly benefitial for SAM users that have limited slots
and not so good sound onboard. What is overall quality of Radeon sound chip compared to e.g. IntelHD in x1000
Top

HD is supposed to be a "universal driver". One task is to find an "available output" as a destination for audio.
This information is NOT part of the Radeon board/chipset/whatever. The Radeon chipset simply replies that it has no audio outputs.
And it doesn't. But if you're having a good day, the monitor/television/whatever at the other end of the HDMI cable might.

So there's no presets. You have to go discover what the user has attached and what its capabilities are.
Which is right and correct and good.
But if you like looking for shortcuts, you'll be disappointed.

So to answer your question, the sound quality is dependent on your monitor/television/whatever.
Mono/Stereo/multi-channel, digital, analog.
Copper, coaxial, optical, smoke signals.

And oddly enough, the driver may not be able to verify the audio device. What it you are "playing" into an HDMI recorder?
How do you poll the output device for abilities if it is not connected at the time?

I'm sure the answers are all quite simple. I know my brain is.

What if you are "playing" into an HDMI recorder?

Playing what? I understood you to say that the Radeon card does not have any audio codec on board.

Do you still need an audio card? Do you connect its (analogue) output to the Radeon for connection to the outside world via the HDMI cable?

Or do you connect a digital stream to the Radeon card for output?

"Radeon Audio", from the perspective of the user, should appear as just another audio driver.
If you select Radeon Audio, AND you have a television connected by HDMI, then the sound output comes from your television speaker(s).

I was pointing out that from a driver-writers perspective, it's a bit different than other AHI drivers.

"Common" ahi drivers might to make a list of available outputs, so the user may choose front jack, rear jack, optical out etc..
Far more common is to already KNOW what those choices are in advance, and the selector is then a static list.

In deference to that, a Radeon audio driver has no "audio output" to offer. it merely provides a path to the television, and the driver
must interrogate the TV to find out what, if any, outputs are available.
If the HDMI cable is not connected, there is no audio (path) to be explored.
If there IS an HDMI monitor/Television connected, then the driver must explore it on startup to figure out what it might be capable of.

I'm not saying it's too difficult. I am just pointing out one of the differences.

If one takes a broader look, the "HDAudio" specification was designed from the ground-up to support having one universal driver. That sounds GREAT, but it also means that the driver must be prepared to interrogate the hardware for every possible scenario, and be ready to deal with whatever it finds (or does not find, as in the first example mentioned). If a driver finds NO audio outputs.. Fail?. Nope. Go down the wire and ask the television what it has.. but what if the television is really just a recording device? You can not poll a device for capabilities if you are pre-recording it's source material.

Now I am beginning to confuse myself. Which may not be a very challenging task.

I declare official "Time Out". Today will be spent walking, talking, shopping, and dining with my lovely wife Kimberly <3. She has much nicer software than my Amiga anyway.
The programming will wait.

Ah, so the Radeon video card has some sort of sound controller (for which an AHI driver must be written). It is then the additional task of the developer to interrogate whatever is on the other end of the cable to find out its capabilities.
cheers
tony
Top

Is this all in relation to the HD audio stuff where a central driver has to deal with semi-arbitrary hardware using queries and then only show capabilities for what is found?

And the driver situation is complicated by needing to update the capabilities list when changes are possible?

I'm not quite sure if this is the right idea?

Would an internal caps list of tests and an active caps list for what is found be a practical item?

Updates can then query and then verify the results against the active caps list, run on a timer... Garbage-collect old caps that aren't up to date after 2-3 update passes... And add new caps as found.

And a fair part of the inconvenience is that AHI is not designed for dynamic stuff. It's all possible, but not at all straightforward.

Please keep in mind, I am not an AHI Expert. I am quite familiar with what it might take to get HDAudio working through AHI.
As impressive as AHI is, I sometimes long for a more modern audio interconnection library.
Top
Post Reply
15 posts