A forum for general AmigaOS 4.x support questions that are not platform-specific
Post Reply
5 posts • Page 1 of 1 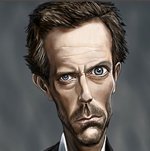 Roadshow use recvspace and sendspace buffer to transmit datas from 2 computers (with rc-ftpd, for example).

If the values are more increased, rc-ftpd said that the new value isn't supported.

- I would like to see the value for the 2 buffers more increased, to allow better transfert speed with FTP.

Mrodfr wrote:Hello,
Roadshow use recvspace and sendspace buffer to transmit datas from 2 computers (with rc-ftpd, for example).
The maximal value for the buffers are around 200000, that allow to transfer, from an amiga to a PC, at max 2.9mo/s.
If the values are more increased, rc-ftpd said that the new value isn't supported.
- I would like to see the value for the 2 buffers more increased, to allow better transfert speed with FTP.
Please share your experience about this point, maybe I haven't made all necessary to have better transfert speed ? What is your transfert speed with this method ?
Bye

I don't know what " mo/s " means. Is that megabits per second (Mbps), megabytes per second (MBps) or what?? I can confirm that there can be a difference in transfer speed in different programs. For example, when I test Internet download speed at http://testmy.net/ with OWB gets 2.1Mbps but MUI-OWB gets 5.1Mbps. That's a huge difference!

Increasing buffer sizes only helps up to a certain speed. It could be that 200000 was chosen as the max buffer size because anything larger doesn't help. I think you might get a better idea of the effect of buffer size by doing some speed tests with smaller buffer sizes (like 25000, 500000, 100000 etc.). If there is little or no speed difference between 100000 and 200000 buffer, then buffer size probably isn't the problem.

What speed do you get when you send (or receive) a file that is smaller than the buffer size? It seems like that would indicate the maximum speed your program will achieve regardless of buffer size.
AmigaOne X1000 with 2GB memory - OS4.1 FE
Top

He is French, so he is using the SI term "Octets" == bytes. It isn't one of their renaming attempts that has really caught on...

In my experience, I don't get any better speed with MAX buffers than with MAX/2 buffers, so there is a plateau and I think these buffers are rarely the limiting factor. A nice improvement for installation would be to tune such roadshow parameters based on the detected memory (low memory == low buffers being the current default) and interface speed, etc. Then the user would have one less thing to tinker with to get optimal performance.

There have been several discussions by Olaf and others describing what other development they would anticipate, to eliminate internal overhead and inefficienty in the TCP stack and old SANA2 interfaces. No idea if there is any of this in progress.
Top

swoodall wrote:He is French, so he is using the SI term "Octets" == bytes. It isn't one of their renaming attempts that has really caught on...

The problem is, if we were to interpret 2.9mo/s strictly in SI units, then that would translate to 2.9 milli-octets per second; the lowercase 'm' prefix signifying "milli" instead of "mega" (which would be 'M'). The use of 'M' instead would probably also be wrong, since 'M' = 10^6 and he probably meant mebibytes per second (denoted 'Mio/s' in SI units), which is 1024*1024 = 1048576 bytes/second. The fact that most people in the computing world use mega to mean mebi when it comes to storage, but mega when it comes to clock frequency, just adds to the confusion.

Back on topic. You're right about internal inefficiencies being the performance limiter. I don't know how much has been done to deal with this problem, but the developers who are knowledgeable in this area have told me that it would be a major overhaul.