If anyone wants an Initial build of the driver or access to the source... private message me on these forums,
or find me on IRC (various networks...freenode for example) using the same nickname.

And I'll start putting together a means of sending out initial driver versions.

If anyone knows a bit about device driver writing and wants to point anything out...I'm willing to discuss source access terms

I'm still undecided about licensing... but what is most compatible with ALL the existing Amiga flavours license wise?
Top 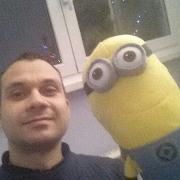 You guys are better off to work with Belxjander. Just read all his posts on amigaworld.net and on os4coding.net. He does nothing in the end, while in the last 10 years has a lot of Napoleon's plans. Everything he does it's just initial simple things, which never reached a real usable state. He promised back in time a lot of things, like some uber-cool VM, then some uber-cool "polymorph engine" or how that crap was called, then he even collects some money so ppls buy him a computer, and an end: dust and only dust. Don't lose your time with him.

Next time you will ask him to send you a beta version to test, he will say something "I work on it very carefully, I should make a plan about how to do it properly" and all that crap but not result at all. Maximum what you will have if you will be lucky, it's just a binary does nothing, or just initialize something and that all. Nothing usable. If you don't believe me, check his posts on aw.net and os4coding.
Top
Post Reply
14 posts