I had thought that a change in upper panel icons was my unique problem when I wrote,

I wrote:Instead of the usual internet icon in the upper right panel, I now have two icons, sort of rectangles. The one on the right has internets speed as kb/s by it. Clicking on it shows only the enP4096p4s4: 192... stuff and in: and out: speeds.

but I was surprised today to see the same icons in Christian's first screenshot of Fienix 2020-01 posted New Year's morning.

Apparently one of those sort-of-rectangles was added to the left of the old World internet icon with kernel 5.5. By the time of 5.5.0-rc4 the world was replaced with another rectangle, making two rectangles. Noticing only one rectangle in Casey's screen dump, I wondered if one of them might be wi-fi related, so I rebooted without my wi-fi dongle, but I still got both "rectangles," but the left one showed no wi-fi sources until I plugged the dongle back in. I still think not being able to connect with my usual wi-fi source represents a problem that might be fixable. What makes this really puzzling is the fact that when I click on that left icon, it shows a list of five wi-fi sites, and clicking on any of them except the one I know the password for brings up the password requester immediately! Any clues here?

Now I wonder whether my "A start job is running for Raise network interfaces" problem was introduced to everyone with Kernel 5.5 and everyone else just ignores it?
Top

The first rectangle is the NetworkManager-Applet and second one is the MATE Netspeed applet.
http://www.amigalinux.org
http://www.supertuxkart-amiga.de 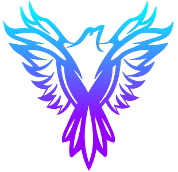 Fienix updates for SpiderWeb and Arctic Fox are in the repository. Several cool new games, too - check them out!
-Casey
Top

caseycullen wrote:Fienix updates for SpiderWeb and Arctic Fox are in the repository. Several cool new games, too - check them out!
-Casey

Thanks a lot! Which games did you add?
http://www.amigalinux.org
http://www.supertuxkart-amiga.de

caseycullen wrote:Fienix updates for SpiderWeb and Arctic Fox are in the repository. Several cool new games, too - check them out!
-Casey

Thanks a lot! Which games did you add?

Contrast - a 2D puzzle platformer
The Desert and the Sea - a 3D exploration puzzle game that sort of reminds me of a 3D version of Myst (glitchy loading window but the game plays perfectly)
Force: Leashed - a 3D puzzle chamber game that reminds me of Portal (unfortunately I had to disable sound, but it is very fun and playable without it)
Otherworlder - a turn-based strategy puzzle game

I didn't notice at the time, but I guess I was in the mood for puzzle games last night!
-Casey
Top

xeno74 wrote:The first rectangle is the NetworkManager-Applet and second one is the MATE Netspeed applet.

Yes, the first rectangle produces the same sort of little window as clicking on the up-and-down arrows in Ubuntu. With one major difference: If I click on my wi-fi name in Ubuntu, it asks me for a password and then connects. In Fienix it is the only wi-fi name listed that clicking on does not bring up a password requester, and leaves me with no wi-fi.
Top

I solved this with installing the package "firmware-ralink".

It works again. Sorry to have bothered you.

I had to install some new packages for Bluetooth:

dpkg -i network-manager_1.20.6-1_powerpc.deb (from the Debian ports repository)

dpkg -i libsbc1_1.4-1_powerpc.deb (from the Debian ports repository)

dpkg -i pulseaudio-module-bluetooth_13.0-3_powerpc.deb (from the Debian ports repository) 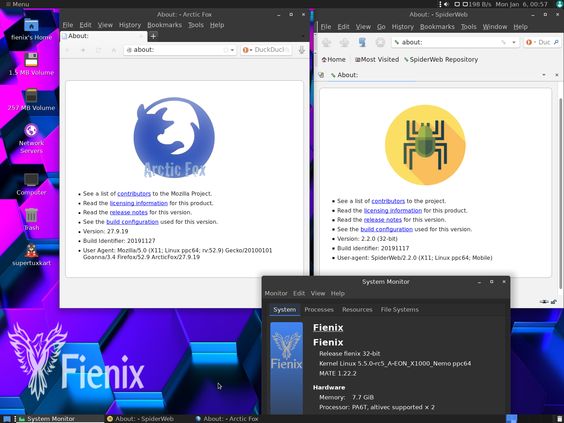 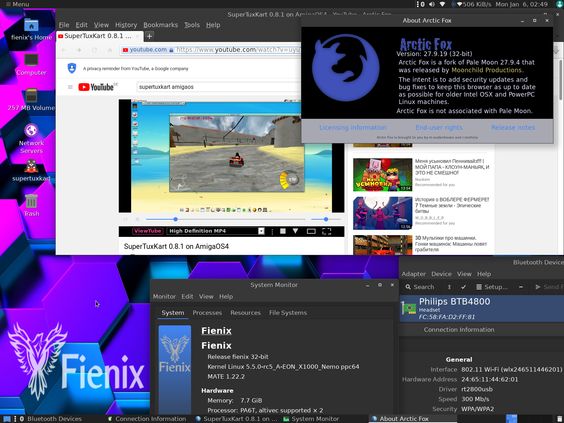 Could you please add the following packages to the Fienix boot image?
Thanks,
Christian
http://www.amigalinux.org
http://www.supertuxkart-amiga.de

xeno74 wrote: Could you please add the following packages to the Fienix boot image?
Thanks,
Christian

Absolutely! Thanks for working that out and letting me know! I don't use Wi-Fi or Bluetooth on my machine so it's difficult to troubleshoot these issues for me.
Top

Sorry for my late answer. Did you install the firmware for your Realtek RTL8188CUS WLAN adapter?

If not, please download the following firmware package and install it with "dpkg -i" as root.

Then reboot your X5000 and try it again.