Firstly, apologies to those who have seen this elsewhere - I wanted to post an introduction here as well though because I plan for it to be the main forum I use, as it seems to me to be the calmest and most objective! My account here has only just been approved though so I had to wait until now. Anyway...

I thought I'd share some pictures of my new X1000 system as well as give a brief introduction to, er, me.

I'm another of the nostalgic old crowd primarily - ZX81, Acorn Electron, then Amigas (A500 and A1200), back in the day. After a long break I bought a "new old stock" A1200 a few years ago and have mildly upgraded it (the usual CF hard drive/030 card/flicker fixer mainly). I still very much enjoy that machine but find I tend to use it only really for games - using Workbench for "serious" applications and development is just too slow and low res for me now.

So I began to think about "next generation" Amigas. I enjoy building my own machines so it had to be a motherboard only solution, and I've actually ended up buying both an X1000 and a Sam460Ex. The Sam hasn't arrived yet but will end up in a similar case to the X1000, but half the size. That will be my low-to-mid-range test system primarily.

The X1000 is now basically done, as you can see below. I'll use it for everyday productivity and tinkering (everything apart from the few remaining things I can only do with a PC basically), as well as software development - I'm a programmer by trade, although my day job is now mostly management, and I have the itch for some coding projects. I'll probably start with a few easy ports to get back into AmigaOS development (more nostalgia - I remember blowing one whole term's student grant, around 500 quid I think in around 1990, on a C compiler for my Amiga!).

The spec is as follows: Nemo motherboard, 4GB RAM (I know AOS can currently only use 2GB but I also plan to use the machine for a bit of Ubuntu Linux), 120GB SSD (plus two 500GB hard drives which I can't get AOS to see yet), Radeon HD4650 fanless graphics card (I like quiet systems, I've also upgraded the CPU fan to a "super quiet" XR2 model), and RTL8139 network card. It's all connected to an Acer monitor running at a lovely 2560x1440. The case is a Corsair 540, fitted with a couple of LED'd case fans (connected to a fan controller and running fairly low speed) and an LED colour controller system so it can run various cool colour changing effects when I'm in the mood

I've had tons of fun researching and building, and am absolutely loving how the system performs and runs. AmigaOS 4.1 is brilliant as far as I'm concerned, fast and stable, yet still with the old Amiga feeling and straightforwardness. I know Hyperion get some stick, but I think the community is very lucky to have them as they're doing an amazing job with limited resources imo.

I bought a lot of my bits from AmigaKit, and I have to give these guys a loud shout out for some truely outstanding service (in contrast to one or two other Amiga related companies it has to be said!) - nothing was/is too much trouble for them and shipping was fast and efficient. I've also seen AmigaKit get plenty of negative press in the forums and I have to say I'm staggered by this, and it's really my one negative about the current Amiga scene - the amount of negativity and pointless arguing is quite disappointing. It's a small community so surely it's only common sense that everybody pulls in the same direction rather than fighting each other?!?

From what I've seen so far the Amiga does still have a very valid place and I don't see it dying just yet, but do think we should offer as much support as we can to those companies (and individual developers) still in our market. A-EON is a similar case in point - I have nothing but admiration for what Trevor has done: spent (blown!) a lot of his own money purely through his love for the Amiga. Yet he still gets a lot of criticism! I realy hope he sticks with it (and can I be first on the list for an X5000 please!).

Anyway, enough ranting - I'm happy and proud to be part of the Amiga scene again and hope to do my bit in future by contributing some software too. 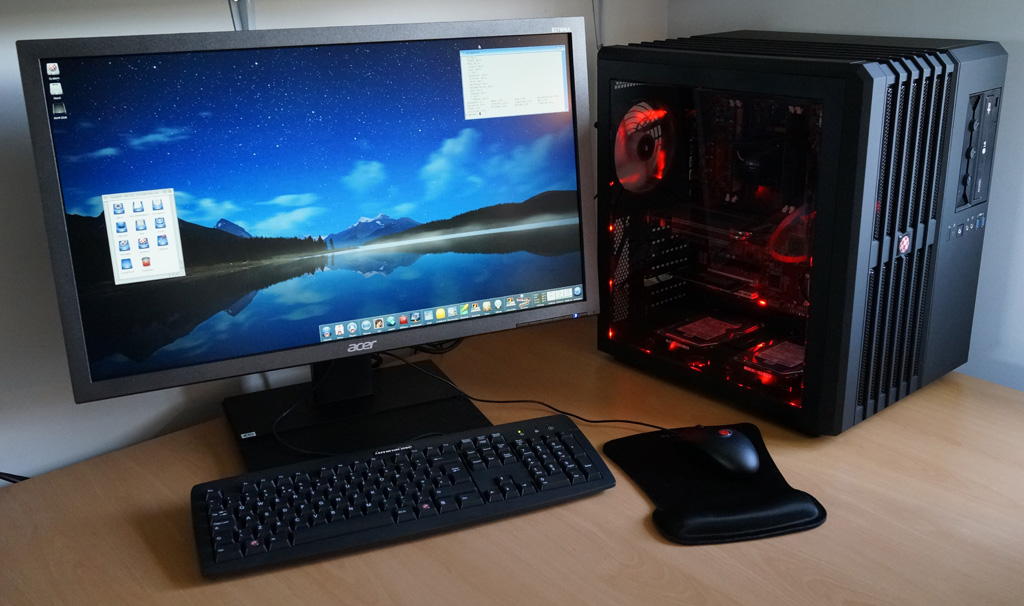 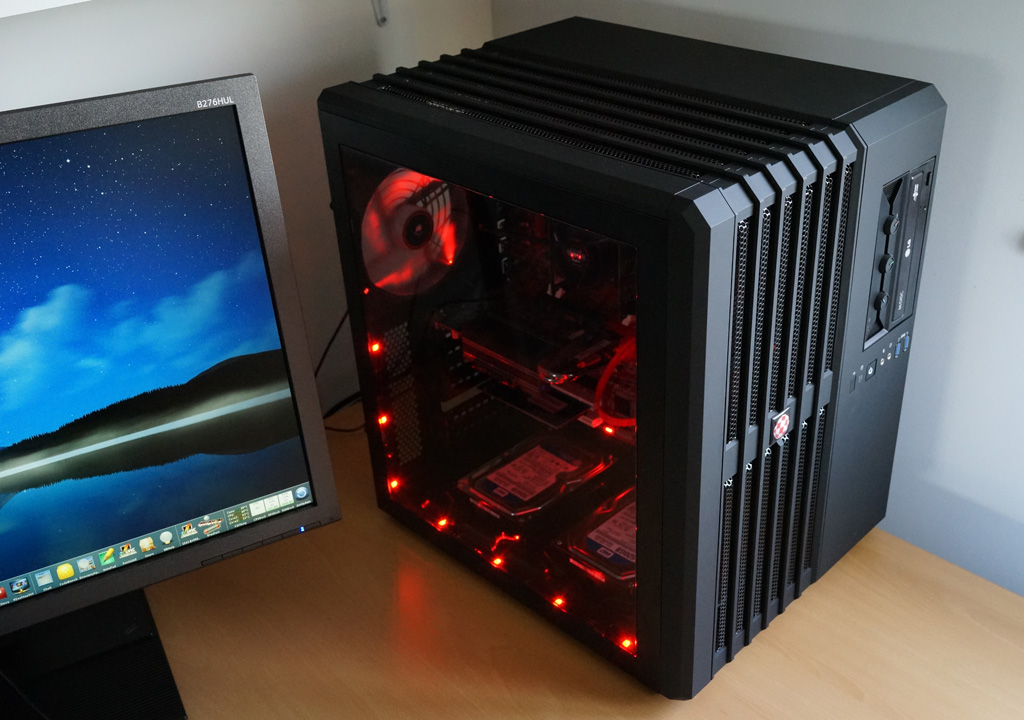 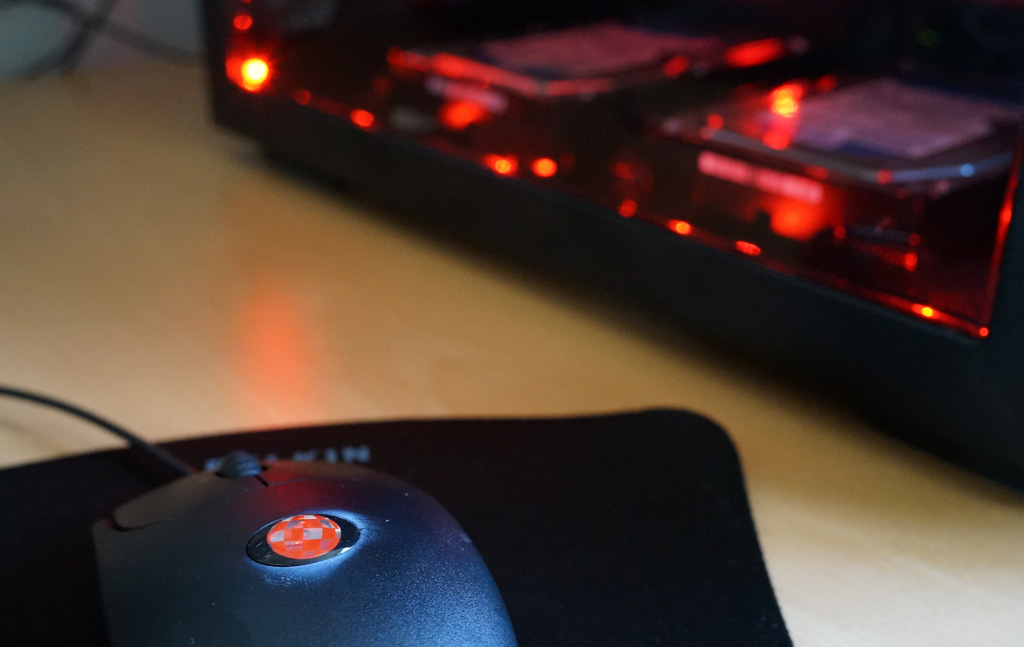 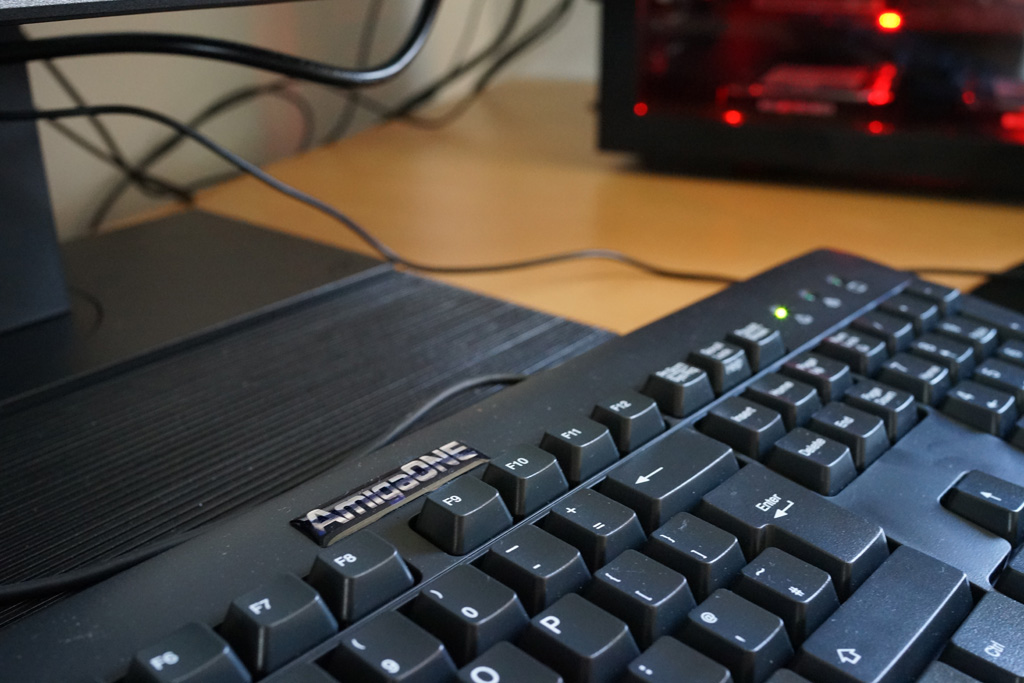 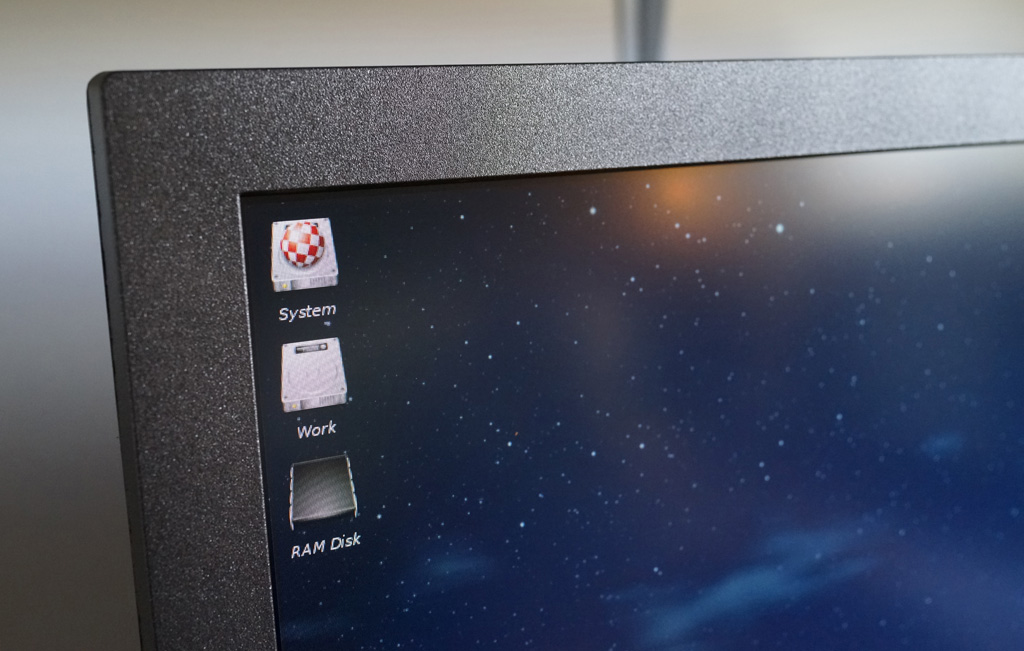 Hey! You made it at last!

Is there anything we can do to help with those two HDs it can't see, or do you already know why?

Thanks Niels, yes I sorted that, sorry should have updated my post. The solution was very technical and involved me pushing the drives into the case "hot swap" connections properly!
Top

AndyGarton wrote:The solution was very technical and involved me pushing the drives into the case "hot swap" connections properly!

Ah. Good to know we have an expert around, in case anyone else faces such a mystery situation ...

Tell me more about the CPU cooling fan. Appears its dB(A) is 15. Is that one speed always and always 15?

I had been looking at an alternative CPU fan and wonder what one is better.

Appears about the same at LNA but quieter at ULNA.

Not sure how and if one can adjusy the speeds on Amiga.

Anyway, I like the looks of yours more but have no see thru case so.

I guess both would be improvement over stock.

I run the CPU fan through the fan controller as well, although at nearly full speed, as it's very quiet regardless.
Top

Oh, you're going to fit in around here just fine.

Welcome aboard, you've got a very nice build, and I hope you enjoy your new machines.
Since I got my X1000, I'll just say that I am lucky my wife is not the jealous type.
Top